Spiral galaxies observed today (redshift z=0) have distinct internal structures: supper massive black hole (SMBH), dense stellar cluster known as bulge; a flat rotating disk; and extended dark matter halo. The cosmic averaged star formation is suggested to peak at z~2. It remains unclear when and how these structures formed and evolved in the cosmic history. Analyzing the rotation curve of rotating gas disk allows us to derive the baryonic (e.g., gas and stars) and dark-matter mass distribution, which is powerful tool to investigate the internal structures of galaxies. We have been establishing a method to derive the mass (distribution) of SMBH, bulge, disk, dark matter halo in nearby galaxies using stellar and gas kinematics. Recently, we investigated publicly available data in the ALMA (Atacama large millimeter/sub-millimeter array) archive with the motivation of applying the method to further distant galaxies. As a result, we discovered a rotating disk, a central compact structure like a bulge, and spiral structure on the disk in a galaxy at the redshift of 4.4, long before the peak of cosmic star formation.Spiral-arm formation requires disk structure which have been recently discovered by ALMA at similar redshift of z=4 to 5. Although the disk formation epoch is still highly uncertain, our result may indicate that spiral structure has formed in a very short period of time after the disk formation, giving us a new question how the spiral morphology formed in such a short period of time? 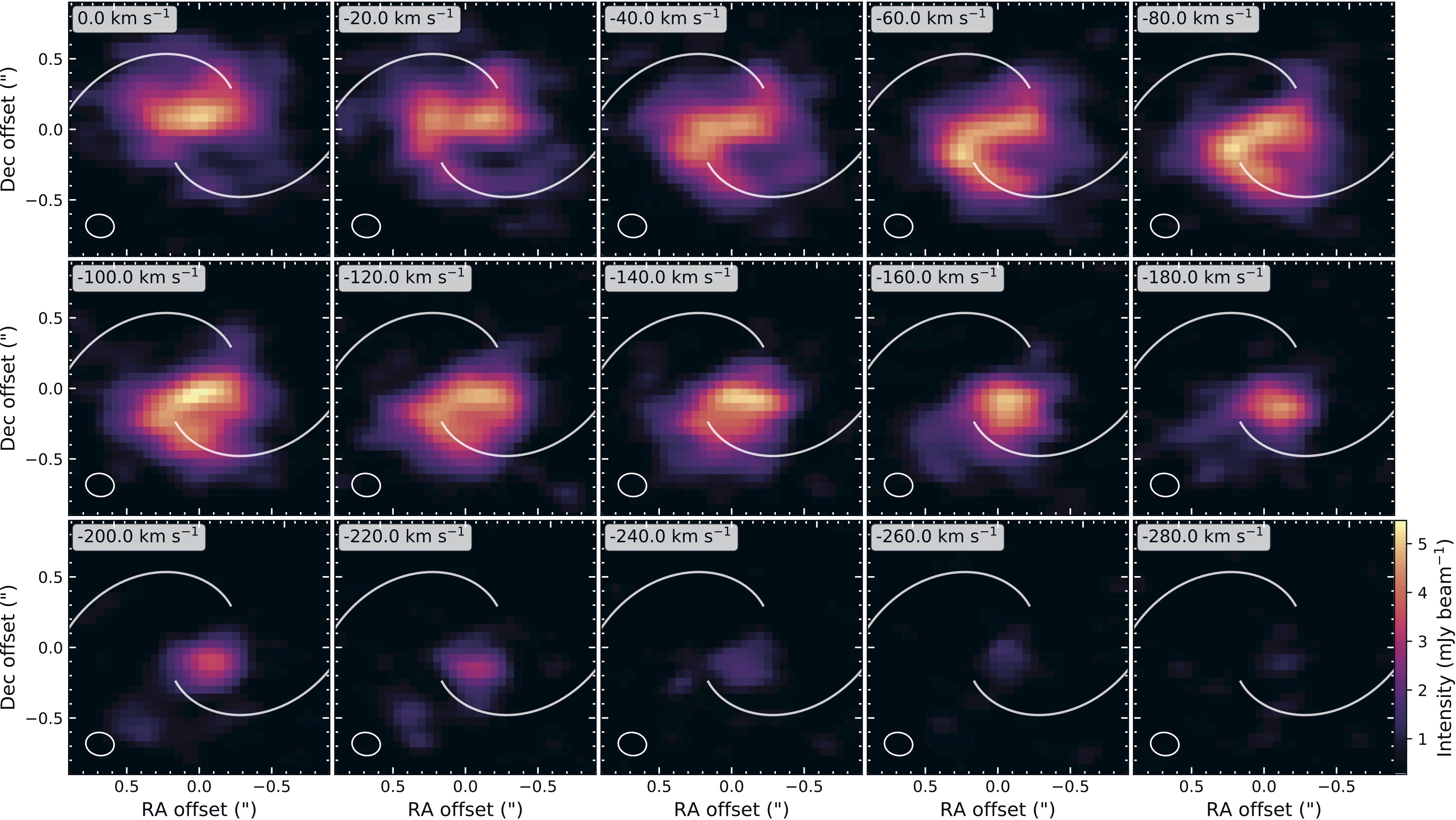