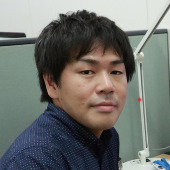 The current status of galaxy formation at redshift 3

In the standard paradigm of coslmological large scale structure formation in Λ cold dark matter universe, dark matter and baryons gravitationally collapse into a spider web-like network called the cosmic web. In the current theoretical picture, gas inflow and accretion and galaxy formation progresses at the nodes of the cosmic web, and observations of the gas flows along the filaments of the network have been attempted for many years. We captured the filament structure of hydrogen gas with an extent of more than 1 Mpc at the center of a primordial galaxy cluster at redshift 3.1, and it is clear that many galaxies and huge black holes are forming along the filament. In this presentation, we will describe the appearance of galaxies in the cosmic web as seen through VLT / MUSE IFUs and ALMA (sub) millimeter wave observations.