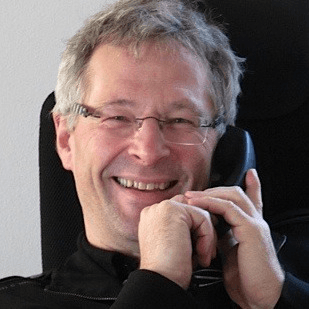 The Galactic center is one of the most fascinating and extreme places in the Galaxy. Harboring a supermassive black hole with a mass of order 4 million solar masses it experiences cycles of activity and star formation, separated by periods of quiescence that last of order a million years. The Milky Way's SMBH currently is inactive. However a small, diffuse gas cloud (G2) has recently been detected on an orbit almost straight into the Galactic SMBH. In the middle of 2013 G2 started to pass the SMBH at a small distance of just 2000 Schwarzschild radii, corresponding to 20 light hours. Most of its emission is still strongly redshifted and prior to pericenter. However a fraction of it is now emerging on the strongly blue-shifted side of the orbit, past pericenter. This indicates that the ionized gas of G2 is now stretched over more than 15,000 Schwarzschild radii around the pericenter. Depending on its nature G2 will now begin to break up and feed the SMBH, possibly triggering a phase of AGN activity. The next years will therefore provide a unique opportunity to investigate directly the processes that drive and regulate gas accretion onto the Galactic SMBH. In addition, G2 turns out to be a powerful probe in order to probe the structure and composition of the Galactic center.

This talk will summarize the observations of G2 and current models about its nature. The existence of such a tiny, cold gas cloud in the hostile vicinity of the SMBH raises numerous fascinating questions related to its structure. Where did it come from and where will it go? Why is it on such a highly eccentric orbit? Which physical processes constrain its properties like its size, mass, density, temperature and geometrical shape? Is G2 a diffuse gas clump that originates from winds of high-mass stars in the surrounding stellar disk or is it the atmosphere of an evaporating, invisible protostellar disk, surrounding a young low-mass stars? Is it a tidally disrupting star? Or is it something completely different? How many clouds like G2 are currently orbiting Sgr A* and how do they affect its activity and gas accretion rate?

It is rare in astronomy that theoretical models and numerical simulations can be validated directly by observations. G2 is such a unique case. Like comet Shoemaker Levy's 1994 collision with Jupiter, the big challenge has started for astrophysicists to predict the outcome of G2's close encounter with the SMBH in the years beyond 2014, before it is actually seen. 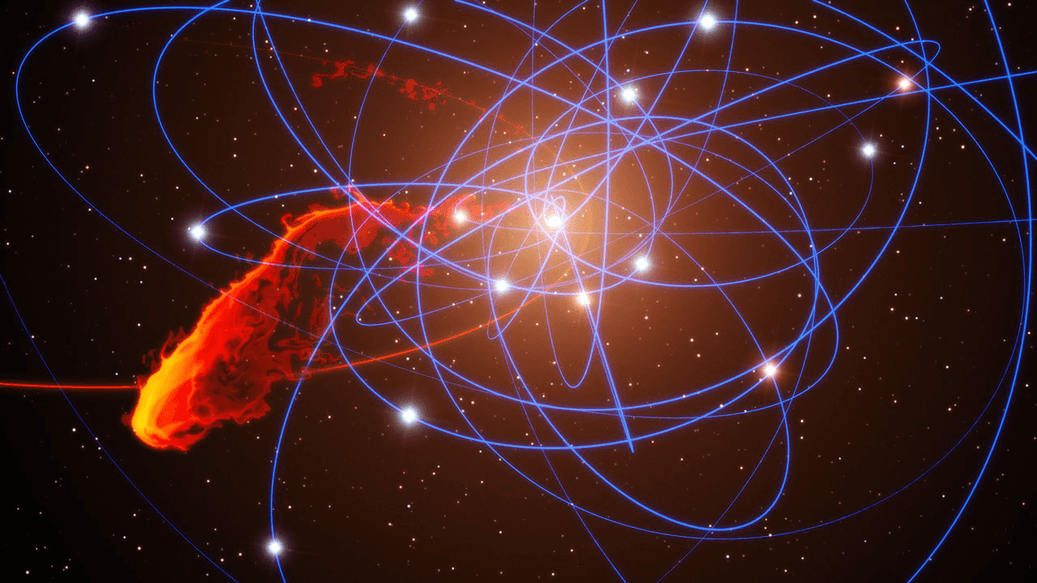