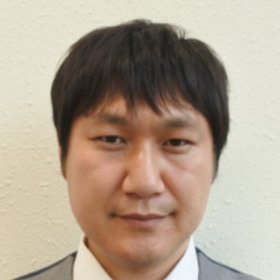 With recent observational advances, many galaxies of redshift higher than 7 have been. The next generation observations, e.g. with the James Webb Space Telescope and TMT, the detection of first galaxies exceeding a redshift of 10 is expected. The first galaxies are not only important in understanding the galaxy evolution, but also as an ionization source that caused the re-ionization of the universe. They are also hosts of massive black holes. However, theoretically, the formation mechanism and evolution of the first galaxies is poorly understood. We focused on the following three aspects:

High-accuracy cosmological radiation-hydrodynamic simulations show that the formation of the first galaxies is greatly influenced by the initial mass function of the first stars, and that the UV feedback is important. Due to heavy element contamination caused by multiple supernovae explosions of the first stars, the star formation mode changes from Population III to Population II at a redshift of about 12. In addition, it has been found that a cold gas clouds with a mass of about 10,000 solar masses are formed in the galactic disk due to post-shock thermal instabilities. We discuss the formation of stellar clusters from gas clouds, and also describe future prospects.