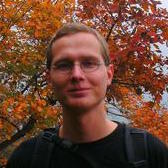 Understanding the influence of black hole growth on star formation and galaxy evolution over cosmic time scales requires a census of the AGN population, in particular in respect to their black hole masses, accretion rates and host galaxy stellar masses. We here review our current understanding of the demographics of the AGN population in respect to these fundamental quantities.

I first discuss the importance and current observational constraints on the active black hole mass function (BHMF) and the Eddington ratio distribution function (ERDF) for type 1 AGN. Our recent work, utilizing both shallow, large area (SDSS) and deep, small area (VVDS, zCOSMOS) optical surveys could reliably disentangle the evolutionary trend seen in the AGN LF into its physical processes of black hole mass downsizing and accretion rate evolution. We are witnessing the shutoff of AGN activity, preferentially in the most massive black holes, from z=2 to z=0, which drives the evolution of the AGN LF.

I will further discuss recent work on establishing the AGN host galaxy stellar mass function of both type 1 and type 2 AGN out to z~2.5, based on the XMM hard X-ray selected AGN sample in the COSMOS field. In contrast to previous studies, we find significant evolution in the shape of the specific accretion rate distribution function out to z~2.5. I will also address the implications of the AGN host galaxy mass function for BH-galaxy co-evolution.