Tracing the Ionization Structure of the Shocked Filaments of NGC 6240

We study the ionization and excitation structure of the interstellar medium in the late-stage gas-rich galaxy merger NGC 6240 using a suite of emission-line maps at ~25 pc resolution from the Hubble Space Telescope, Keck/NIRC2 with Adaptive Optics, and the Atacama Large Millimeter/submillimeter Array (ALMA). NGC 6240 hosts a superwind driven by intense star formation and/or one or both of two active nuclei; the outflows produce bubbles and filaments seen in shock tracers from warm molecular gas (H2 2.12 μm) to optical ionized gas ([O III], [N II], [S II], and [O I]) and hot plasma (Fe XXV). In the most distinct bubble, we see a clear shock front traced by high [O III]/Hβ and [O III]/[O I]. Cool molecular gas (CO(2-1)) is only present near the base of the bubble, toward the nuclei launching the outflow. We interpret the lack of molecular gas outside the bubble to mean that the shock front is not responsible for dissociating molecular gas, and conclude that the molecular clouds are partly shielded and either entrained briefly in the outflow, or left undisturbed while the hot wind flows around them. Elsewhere in the galaxy, shock- excited H2 extends at least ~4 kpc from the nuclei, tracing molecular gas even warmer than that between the nuclei, where the two galaxies’ interstellar media are colliding. A ridgeline of high [O III]/Hβ emission along the eastern arm aligns with the southern nucleus’ stellar disk minor axis; optical integral field spectroscopy from WiFeS suggests this highly ionized gas is centered at systemic velocity and likely photoionized by direct line of sight to the southern active galactic nucleus. 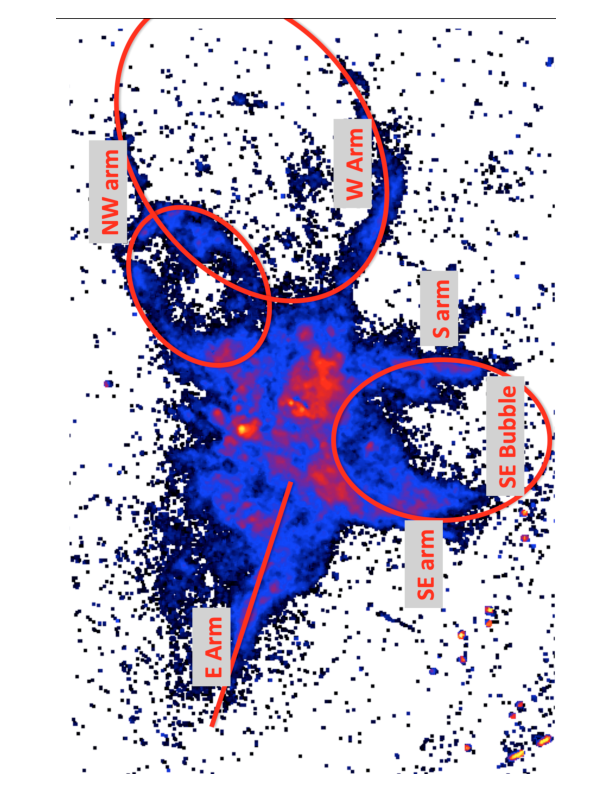 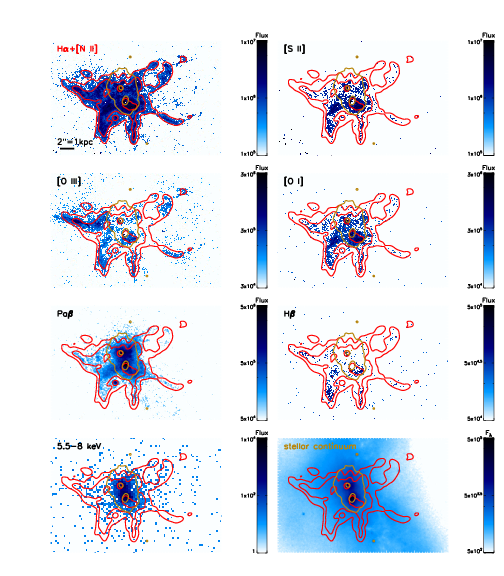 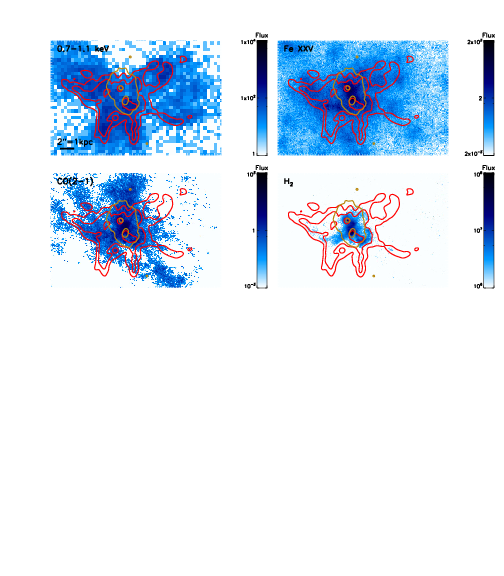