Matter captured by the gravity of a black hole forms a rotating disk (accretion disk) that surrounds the black hole. Inside the disk, the gravitational energy of the matter falling into the black hole is converted into thermal energy, magnetic field energy, and light (radiation) energy. The large number of high-energy photons produced makes the black hole accretion disk one of the brightest objects in the universe. The amplified magnetic and radiation fields also accelerate some of the matter, producing black hole jets and disk winds. The jets and disk winds impart energy and momentum to the surrounding matter and have a significant effect on the evolution of the astrophysical object.

In order to investigate such complex and unsteady phenomena, we must simultaneously and consistently solve the magneto-hydrodynamic equations and the radiation transport equations in the strong gravitational field created by the black hole. This is an extremely difficult calculation, and only a limited number of research groups in the world have succeeded. We seek to uncover the structure of black hole accretion disks and the dynamics of jets and disk winds by making full use of radiation hydrodynamics calculations and general relativistic radiation magnetohydrodynamics simulations. 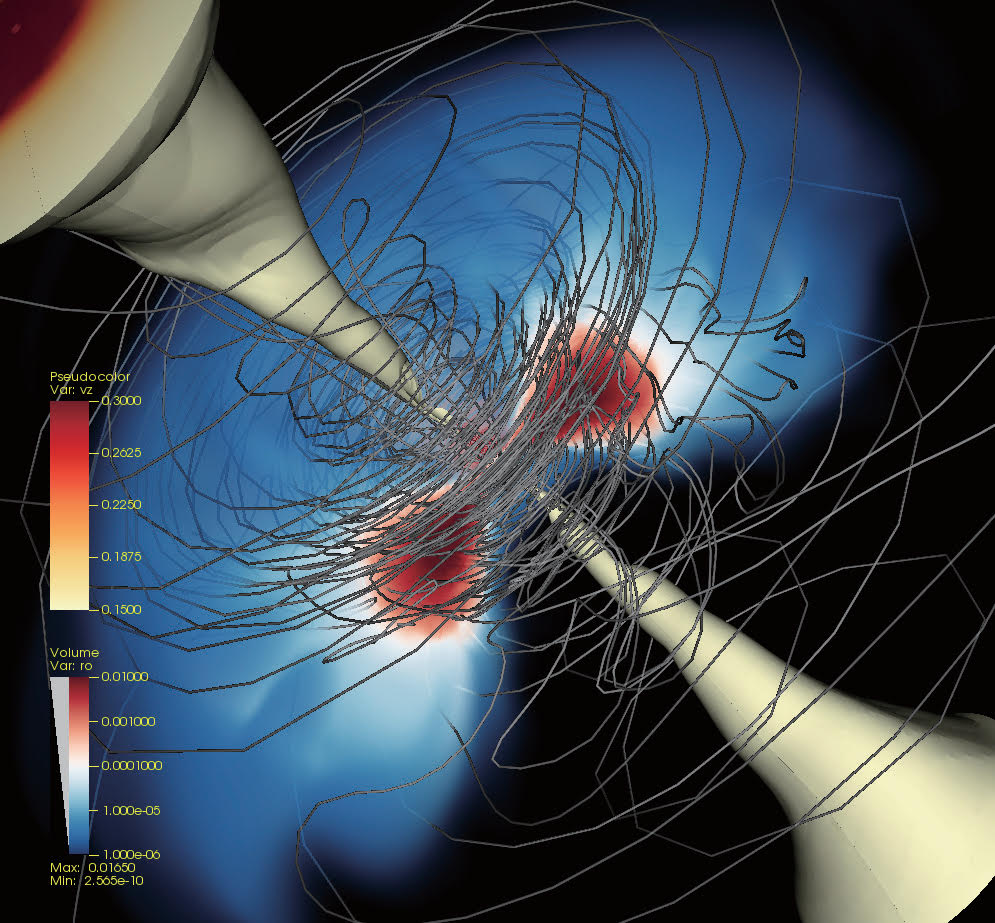