Origin of the diversity in galaxy evolution in proto-cluster regions

This project investigates galaxy evolution in the large-scale structure of the universe. Recent observations have revealed many distant galaxies. This has led to the discovery of a series of proto-cluster regions of galaxies in the early universe, as well as various phenomena related to galaxy evolution, such as galaxies with supermassive black holes, star-bursting galaxies covered with dust, and galaxies with large halos shining in the ultraviolet. However, the evolutionary mechanisms of these various types of galaxies are still unknown. It is also still unclear how galaxy evolution is affected by the density of galaxies in primordial cluster regions.

To solve these problems, we are studying galaxy evolution through large-scale numerical simulations. According to the current standard theory of structure formation based on the cold dark matter model, galaxies with low mass are formed first, and then they evolve into larger galaxies by merging. The evolutionary process involves complex physical processes such as changes in the structure of dark matter, heating and cooling of gas, star formation, and the effects of ultraviolet radiation from massive stars and supernova explosions. Therefore, understanding galaxy evolution requires calculations of the dynamics of dark matter and the hydrodynamic processes of baryonic gas with radiative cooling. Radiative transfer calculations are also needed to understand how galaxies are observed with complex gas, star, and dust structures. We have developed radiative transfer calculation codes for all telescopes, including Subaru, ALMA, and Spitzer (Yajima et al. 2012).

Using these calculations, we have shown that galaxies in the early universe undergo significant changes in their star formation history and gas distribution over short periods of time due to supernova explosions (Yajima et al. 2017), and that the UV and IR luminosities change accordingly (Arata, Yajima et al. 2019 (See Figure 1). We are currently extending our calculations further to take into account environmental effects important in proto-cluster enviroments. 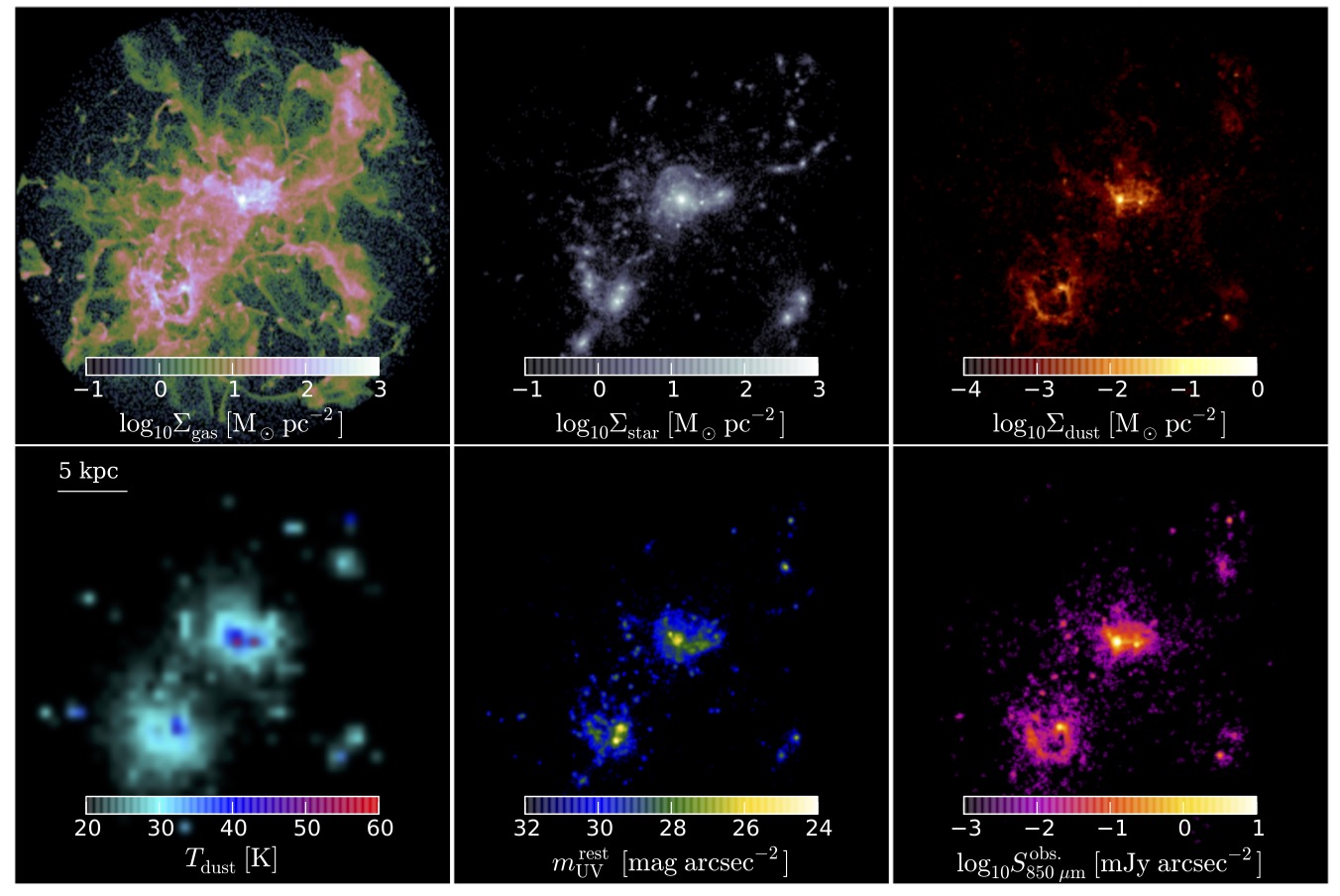