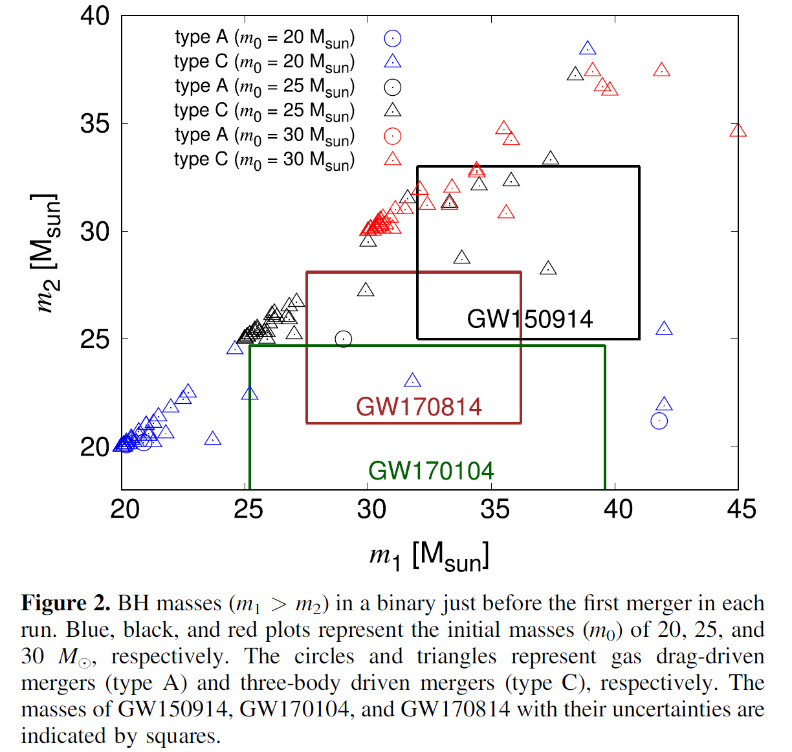 Fig. 1  Comparison of the masses of two black holes just before merging with masses derived from gravitational wave observations.

Since 2016, more than 50 black hole merging events have been reported by gravitational wave observations with aLIGO+aVIRGO. The majority of these are mergers of massive black hole pairs larger than $10 M_\odot$ ($M_\odot$ is the mass of the sun). The theory of black hole mergers has so far centered on the scenario of binary black holes merging as a result of the evolution of a binary star. According to the theory of binary evolution, the spin axes of binary black holes should be oriented in the same direction due to the effect of tidal forces, but in most merger events detected with aLIGO+aVIRGO, the spin axes are not aligned. This suggests that binary black holes were formed by a process other than binary star evolution. Before the detection of black hole mergers by gravitational waves, we proposed a new scenario in which a binary black hole is formed by "circling" about three or more multiple black holes, which then merges, emitting gravitational waves. Conditions favourable for this scenario have been obtained theoretically by Tagawa et al. (2015, 2016). In this analysis, general relativistic effects such as perigee shift and gravitational wave emission were treated in a post-Newtonian manner, and dynamical friction due to gas and Hoyle-Lyttleton accretion were included. The results showed that in a dense gas environment, dynamical friction is important in angular momentum transport, leading to the formation of a series of black holes, which eventually merge by emitting gravitational waves. The results showed that when the black-hole many-body system reaches a separation smaller than 1 pc and the gas density is $n\sim 10^6$ cm$^{-3}$, dynamical friction induces a three-body interaction of the black holes, which results in the coalescence of the black hole with the mass of the binary black hole within 30 million years. It was also found that the Galactic central gas disk is a likely location for black hole mergers to occur (Tagawa & Umemura 2018). 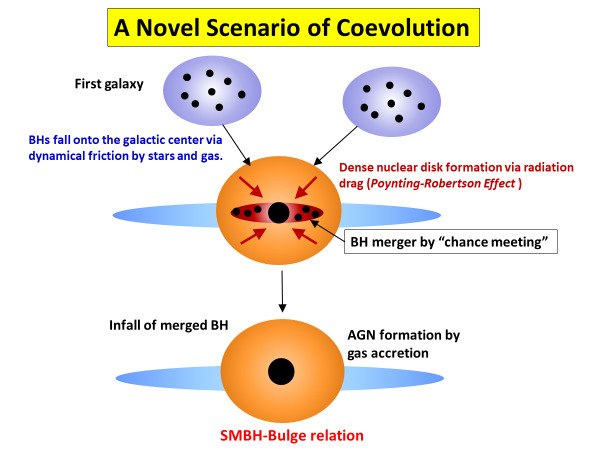