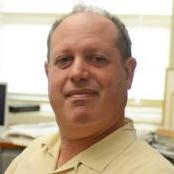 A New Stellar Population in the Bulge, and a new survey

By mass, the Galactic bulge is actually dominated by a relatively metal rich bar. This population exhibits relatively rapid rotation that reflects a pattern speed independent of Galactic latitude. We have completed a survey of 955 RR Lyrae stars in the bulge region, and find a remarkable population that does not rotate and exhibits one of the highest velocity dispersions known in the Galaxy. Although one might infer these stars to be halo members, they are metal rich, yet alpha element enhanced. We consider what the nature of this unusual population might be, from early merger to early starburst remnant. I will also present data from a new 28-inch telescope that is optimized to image at low surface brightness. The HERON project (Halos and Environments of Nearby Galaxies) discovers extended stellar distributions that range from exhibiting clear interactions to regular and undisturbed. I will present observations from this project that is in progress, and discuss possible theoretical investigations.